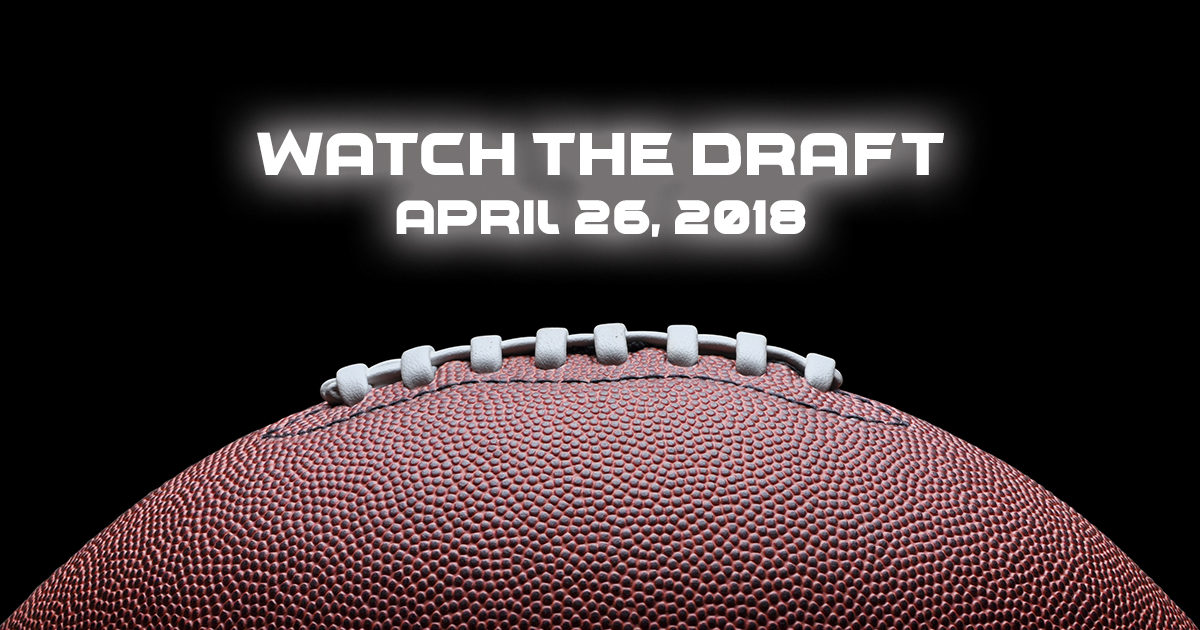 It’s the day football fans have been waiting for since the end of last season. The day when teams all across the league start selecting new talent to build their 2018 rosters. That’s right folks – we’re talking about draft day, and it’s just around the corner! Will the Colts trade down? Who will get two of the most fantasized line backers, Tremaine Edmunds from Virginia Tech and Roquan Smith from Georgia? Which quarterback will the Chargers end up with this year?

While you take a moment to let the excitement build up, imagine a way to watch the draft for FREE without the pesky cable bill that comes due each month. We’re excited to share some great news: with any of our TV antennas, you can view this program broadcasted over-the-air on FOX with no subscription or monthly fees. That’s right, we’re urging you to take control! Cut your cable bill AND cord, and continue to carry on with life just as you know it.

Not only can you watch TV for free without hurting your pocket book, but you now have more control and flexibility than ever with the ClearStream ECLIPSE and FLEX Wireless TV Antennas. These HDTV antennas include a ClearStream TV tuner adapter that allows you to watch the NFL draft on your smartphone, tablet, or watch broadcast TV wirelessly through your streaming media player! Plus, you can record, pause, and rewind live TV for those times that other life events interrupt your TV viewing plans. You won’t have to worry about missing any of the action! Have other plans for Thursday night, or maybe a huge meeting Friday morning? That’s not a problem when you have a ClearStream Wireless TV Antenna! Record it and take it with you on-the-go, so you can watch the NFL draft anywhere, at any time, no internet required.

We have an entire line-up of HDTV antennas on our team that allow you to watch network TV for free. To determine the best TV antenna for your location, check out antennapoint.com, our TV transmitter locator, to help you identify your distance from the broadcast towers in your area, so you’ll know which direction to face your TV antenna.

No Fourth of July celebration is complete without a show-stopping display of fireworks! Celebrate with your family in 2020 style with a special home-viewing of Macy's 44th Annual Light Show at 8PM EST on NBC.