Enjoy even MORE free TV! Connect 2 TVs to 1 antenna with a 2-way splitter.
Your FREE gift with purchase on select outdoor models. While supplies last! >>

Enter Your Zip Code to Find the Antenna That's Right for You!

Home > Learning Center > Antennas 101 > The Proof Is in the Loop

The Proof Is in the Loop

Antennas on the market today come in all shapes and sizes. The "rabbit ear" antenna is one of the few electronic designs that your grandparents might still recognize from their past. The fact that most designs on the market now were developed prior to the advent of much of the computer technology, software, and algorithms in common use today has left open numerous avenues to improve upon tried and true designs. 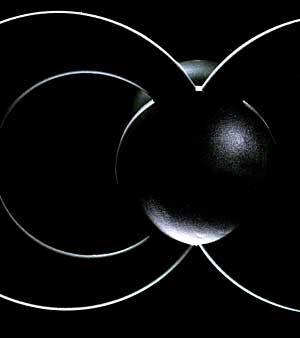 Our ClearStream loop antennas use thicker-than-traditional elements and taper the thickness of the loop elements, which allows the antenna to respond to a greater range of frequencies. The resulting tapered-loop antenna is half the volume of the equivalently performing bow-tie array that has been on the market for years.

The key developments that have changed antenna design are computational electromagnetic codes, advanced search-and-optimization methods like genetic algorithms, and improved measurement tools such as the vector network analyzer. Traditionally, antenna designers used pencil and paper to wrestle with Maxwell's equations, the four equations that describe electric and magnetic fields. Then engineers spent enormous amounts of time in the laboratory, testing and tweaking designs. Computational electromagnetic codes, a breed of program that solves Maxwell's equations on a computer, have revolutionized antenna design by allowing the engineer to simulate the real-world electromagnetic behavior of an antenna before it is built.

As computer power increased in the 1990s, antenna engineers began using automatic search-and-optimization methods to sort through the successive designs their codes generated. In particular, they used genetic algorithms, which emulate the Darwinian principle of natural selection through a survival-of-the-fittest approach. After sifting through millions of possible design configurations, the algorithm can zoom in on a handful of promising optimal designs that meet specified performance and size criteria.

Thanks to these tools, antenna designers can focus more on the antenna itself and less on the math. The months that used to be spent testing prototypes are now compressed into days -- or even just hours -- of simulation. Designers now go to the laboratory only for a final check, to confirm the accuracy of their computations.

Enjoy even MORE free TV! Connect 2 TVs to 1 antenna with a 2-way splitter. Your FREE gift with purchase on select outdoor models. While supplies last! >>