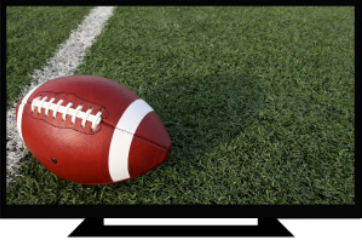 The Big Game is something I plan for all year. The food, the drinks, the friends, plus football, and it’s the one time each year I look forward to commercials. Combine that all together and you have the recipe for a great time! So, here I was last year, sitting in front of my television with a beer and some buds enjoying the game. It was a stormy night, warm for February, but rainy and windy. Suddenly, my dish signal cut out. Oh, my lord, the screams! You should never hear men scream with such high pitch tones, but lose the signal during a football game, and your ear drums will be pierced. After a moment of pure panic, I remembered I had a TV antenna that a friend had given me, swearing they were a lifesaver. At the time I thought it was senseless (although I politely thanked him), why would I need a HDTV antenna when I pay for satellite? So, I dumped the TV antenna in a box in the basement, thinking maybe I’d give it away as a white elephant gift the following year.

I ran downstairs and grabbed the ClearStream Eclipse TV antenna out of the box, slapped it to the window, connected the coax cable into my TV, scanned for channels… and there it was, the Big Game. In all its HD glory on my television screen. Not only were we able to watch the game again, but the picture quality looked outstanding! We flipped back and forth from the TV antenna to the dish (when the dish finally decided to come back on) and noticed how crystal clear the picture looked with the antenna.

Not only did the ClearStream Eclipse TV antenna save the Big Game for us that night, it also made me a believer. And after a phone call to my pay TV provider, it made me a cord cutter too.

Don’t let the cable or satellite companies decide what you can and can’t watch when you can watch it with a TV antenna for free!

No Fourth of July celebration is complete without a show-stopping display of fireworks! Celebrate with your family in 2020 style with a special home-viewing of Macy's 44th Annual Light Show at 8PM EST on NBC.