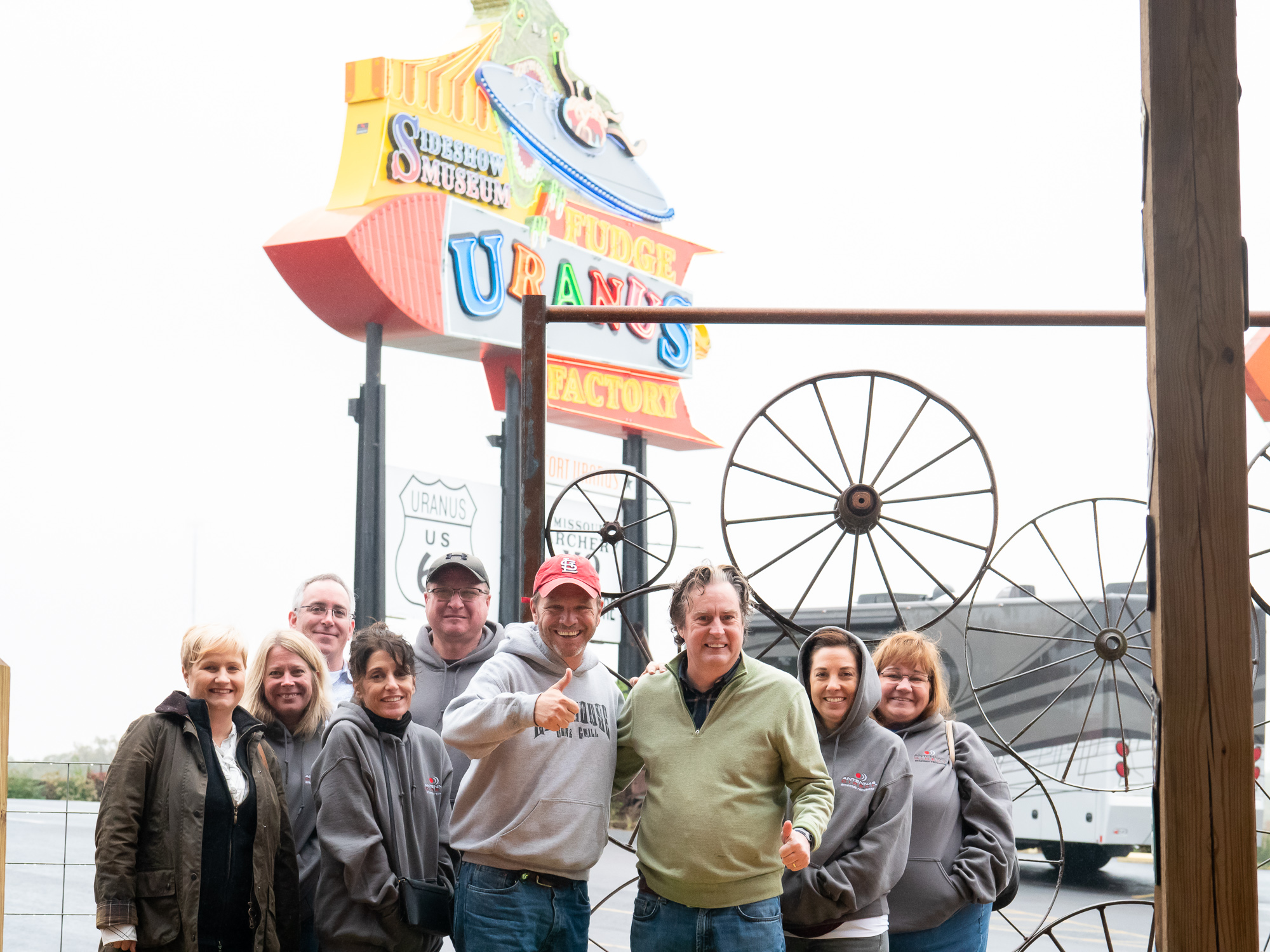 At Antennas Direct, we believe in supporting small businesses, taking part in new initiatives, applauding the creative innovators … and of course, having a lot of fun along the way. That’s why we just could not turn down the chance to show our support for the first edition of the Uranus Examiner in lovely Uranus, Missouri. What Does One Do in Uranus?

According to the Uranus tourism website, “There is a lot to do in and around Uranus.” In fact, it’s become a fun family destination, or pit-stop, along historic Route 66 in central Missouri. It’s centered around a strip of attractions including shopping at the Uranus Fudge Factory and General Store (where everything you need is in Uranus), an escape room where you can Escape Uranus, Uranus Axehole throwing, and so much more. If you’re ever in the area, it’s worth a visit!

We couldn’t resist. We love the cleverness they’ve built around their name. They’ve embraced who they are and tell an entertaining story. So, we loaded up the team in a few vehicles and invaded Uranus.

After a warm welcome by the Uranus Director of Marketing, and some time exploring what has to be one of the most comprehensive gift shops in the industry, we were off to the Uranus Examiner where we had an opportunity to meet the Founder and Mayor of Uranus himself, Louie Keen. Louie is one of the most enthusiastic souls and is so very excited about all the attractions in Uranus and what their future holds. He then took us on a personal guided tour of the grounds, explaining why he added each attraction and what he plans to introduce next. (Spoiler alert: A Uranus brewery is in the works and will open early in 2019, so mark your calendars.) We had to support the cause to establish a new media outlet and ran an ad in the inaugural edition of the Uranus Examiner. Some aren’t pleased with the choice of words. We think it’s a brilliant play, and we couldn’t be more pleased to start an antenna revolution in Uranus, allowing the people of this bold town to access free, over-the-air broadcast television. Uranus is a destination like no other and is a once in a lifetime must see for all ages. Except us. We’re already planning our next trip back to Uranus and are excited to see what’s up next for this awesome place.